Heeey y’all! I hope you had an amazing Resurrection Day this week! Church was amazing as always, although it was slightly adventurous since the power was out through the whole service! Which meant no lights or running water in the bathrooms. 😉 Yay for generators and electrician pastors, though, so we could use the piano! 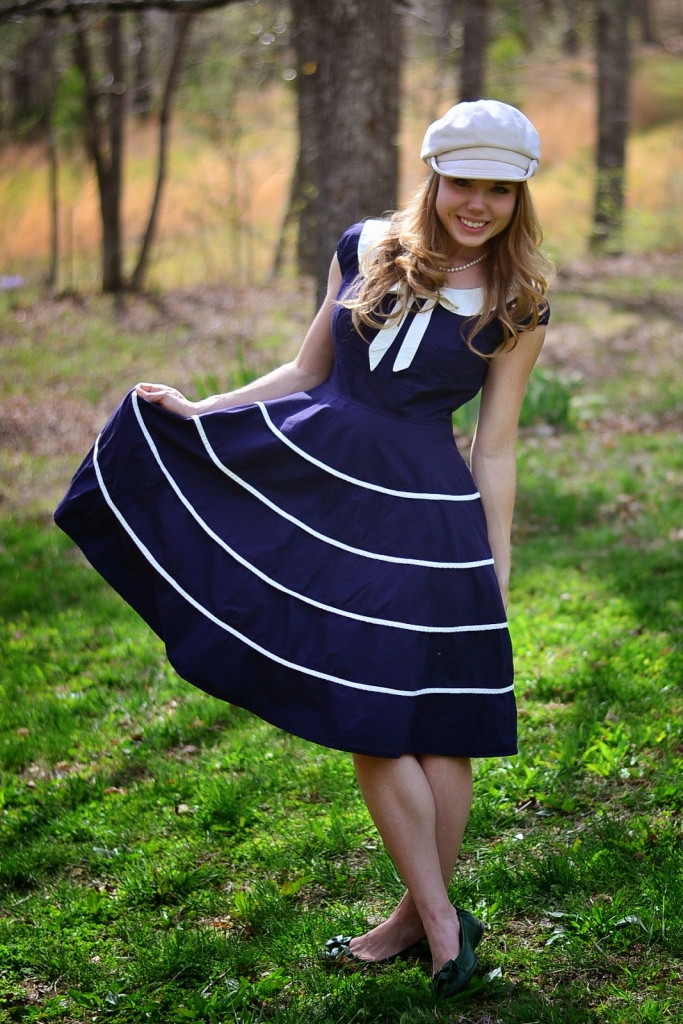 The next bit of Romans we covered was chapter 8:19-22: “For the creation waits in eager expectation for the children of God to be revealed. For the creation was subjected to frustration, not by its own choice, but by the will of the one who subjected it, in hope that the creation itself will be liberated from its bondage to decay and brought into the freedom and glory of the children of God. We know that the whole creation has been groaning as in the pains of childbirth right up to the present time.”

I don’t know about you, but this was usually the part of this chapter where my eyes glazed over and mind wandered because I really did not have a clue what it was talking about. My pastor explained it with incredible understanding and passion that I came away not ever ever wanting to move out of the country where I can witness this incredible phenomenon on a daily basis. There is no way I’ll be able to accurately translate this into a few paragraphs for y’all, but I’ll hit on some of the high points and y’all email me (freshmodesty@gmail.com) if you’d like a link to the mp3 of the sermon!

This section of Romans 8:18-30 is here to keep us from giving up when we suffer. Last sermon notes we looked at our reckoning in regards to suffering and today is Creations groaning. There are 4 more points to encourage us to keep going and not to quit that we’ll cover in future summaries.

1. The Fall of Original Creation in the Fall of Man: Genesis 3:17-19
When Adam fell into sin, his sin affected all of God’s physical creation, not just humans. Earth became part of man’s fall and likewise suffers. (“Creation was subjected to frustration, not by its own choice…”) It sounds kinda funny, I know, but bear with me. Because of this curse of the ground, the human race will now have sorrows even in their gathering of their sustenance. Thorns and thistles will now come from the ground. “In the sweat of they face” there will be anguish and frustration in the work we have. When Adam sinned, God declared, “Cursed is the ground for your sake; In toil you shall eat of it…”. Toil means suffering. To the woman He said, “….Your desire shall be for your husband, And he shall rule over you.” Desire means tension. There will be tension in your relationship.

So many of marriage’s problems are over provision and making ends meet, but this passage of Romans says, “The creation itself will be liberated from its bondage to decay and brought into the freedom and glory of the children of God.” WOW. I’m not married yet, but it is my hope that when I have a husband and we do have fights, we will be able to realize how we are under the curse. Money is tight because of OUR sin and we will always in this life be struggling with the thorns and thistles and gathering food in the sweat of our faces. What an incredible thing that the One who can reverse the curse already has on Calvary. How humbling, how real.

2. The Reconstitution of the Earthly Creation after Noah’s Day
Man and earth underwent a constitutional change. By sending the Flood, the Lord desired to show us our corruption and self-deception. The entire earth was affected with man in this incredible show of God’s power and both man and beast were nearly wiped out (Genesis 7:21). God made his rainbow covenant with man and all the animals with him. The animals changed and were given to man for food and man’s life was shortened (Genesis 9). The curse totally still applies and indeed, more than ever Creation is struggling under it. Think about it long enough, or try to go weed your garden, and this feels very, very grim. I see Creation’s frustration every day when I go for a walk– thorns wrapped around flowering plants, tree limbs fallen, mushrooms growing everywhere as if to say, “This thing is dead, but we want life!” and so through the decay pops a fungi. This frustration seems more evident in the autumn, or in the heat of summer when the weeds are 6′ tall. In my own life there are also certainly sufferings that I wish just were not there. But Romans is telling us to be excited in our toils and trials. This is so great– check out this next point:

3. All Creation Expectedly Awaits a Glorious Revealing
Ahh it’s going to be hard to summarize this but here goes– Creation follows along with man’s fall, and also in his redemption. There is a sense that the land itself goes through sanctification as believers are faithfully living out the covenant life. Of course, land doesn’t have a soul as men do, but land can be worked and refined. There is so much I could elaborate on that point, but I won’t today. Creation also awaits its glorification which will come when believers are one day glorified and resurrected. 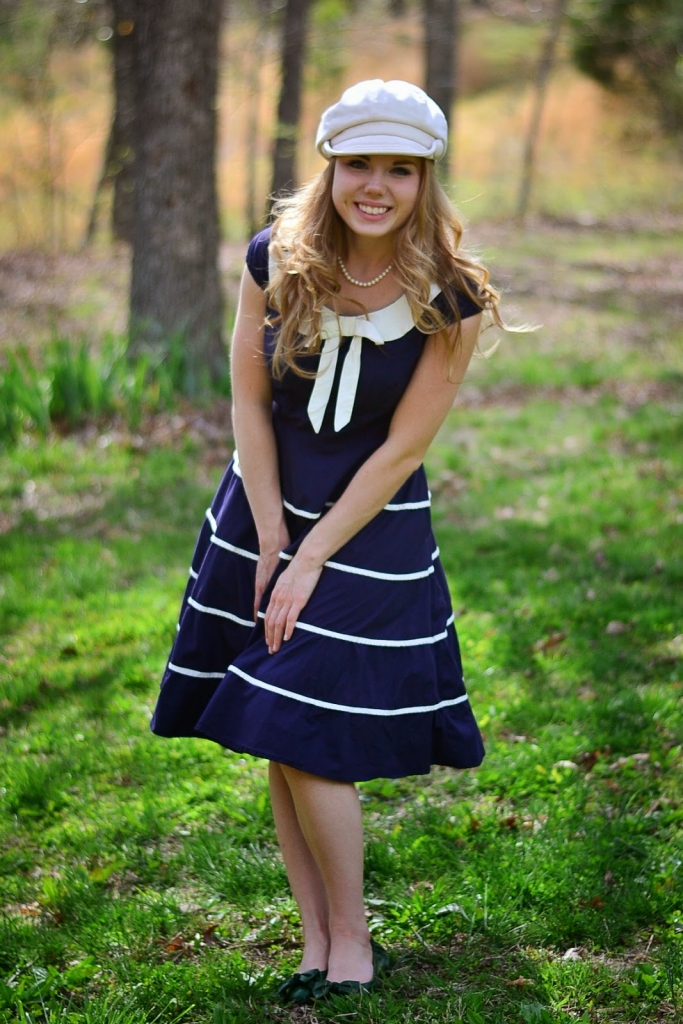 In verse 19, what is Creation waiting for? Creation is waiting for the revealing of the sons of God. The Lord develops this idea of “eager expectation” all throughout His Word and I for one am blessed by the joy that brings. The passage almost gives Creation feelings- it is longing for the lid to be pulled back, for the sons of God to be revealed– that is, who is and who is not in the Book of Life. Why is Creation longing for that (vs 20-21)? Because it’s own position will be reversed at that time.

M’kay, I know this is getting long, but we’re almost to the incredibly awesome part. We’ve gotta have all this understanding though. 😛 There’s a real emphasis in verse 20 that Creation is subject to futility not willingly. It is in bondage to corruption. So, there are some common denominators we share with Creation. Read Eccl. 3:19-20. In these verses, it’s made clear that we are all corrupted. We’re common things. Read Isaiah 40:6-7. We all know that one by heart. Why does the grass wither and the flower fade? Because of man. This is where we come into the picture. Read Psalm 107:33-34.  A fruitful land into barrenness for the wickedness of those who dwell in it.

Here’s the kicker– Creation continues to be frustrated, but freedom WILL COME. Romans 8:22, “We know that the whole creation has been groaning as in the pains of childbirth” There is a liberation that is coming and Creation can’t wait! We have hope and expectations just like those of a mother in labor. When we experience suffering, remember that it will be worth it. Everyone goes through suffering. The word used in Romans is “Havel” that is, frustration, labor, reaching-for-the-bubble-and-it-bursts, futility. Nothing is getting to do what it was created to do, and that’s frustrating, isn’t it? I definitely have felt this way as I haven’t been well for quite some time. I think, “This is such a waste of time! I’m supposed to be doing something.” The Creation “feels” this way, too. And if Creation can eagerly await the revealing of the sons of God, so can we.


Never give up. We can look at the world with hope, even when we are emotionally and physically spent. After hearing this sermon, when I am frustrated and exhausted with whatever, I look outside at the Creation and realize, I’m not alone in my struggles, in my longing for this curse to end. I can press on, because it is. Because Christ has already conquered death AND is living and reigning over this earth. Woohoo!

The more we get into Romans, the more I realize how little I really know of the Bible. There are so many layers and sometimes I feel like with these sermon summaries I just hint at something that has a whole theology behind it, but I don’t understand it enough to flesh it out. I just know that I am blessed by the general idea of it, like “theology of the land” or “revealing of the sons of God”, and want to share that encouragement.
// outfit details //
Dress: eShakti
Hat: ThredUP
Shoes: Ann Taylor: ThredUP
Pearl set: Gift
Gotta love outfits that don’t cost you a dime. 🙂
{Sign up for thredUP and get 20% off your first order 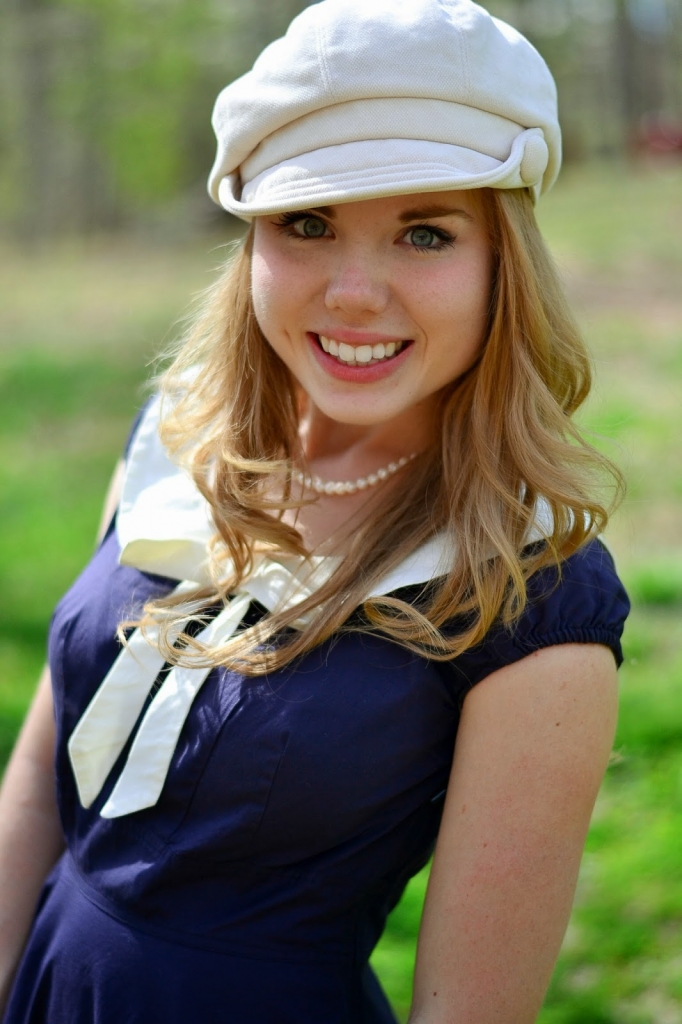 It is finally far enough into spring for me to feel comfortable wearing lots of white. LOVE this sailor dress from eShakti. I got it when they were having their “refer a friend, get credit” deal last year and have been waiting to wear it since then. Because the skirt is so full, heels made it look short (now I know to order a little longer- you can do that with eShakti!), so I opted for my new favorite shoes– emerald green bow flats from Ann Taylor. Navy and green wasn’t a combo I had ever considered, but I didn’t have any other nice flats and I ended up really loving the look. You may also notice I tilted my hat- because of my face shape and the “cupcake” dress, this was the best way to wear it. 🙂
{Register with eShakti now and get $25 OFF your first order}

How was your Resurrection Sunday? How have you read these verses in Romans? What was your sermon about? Y’all have a great day!