Hey y’all! I found an outfit from October that I never managed to get posted, so I thought I’d share it with today’s awkwards and awesomes! I wore this when my two best friends took me out to celebrate my 21st birthday in Nashville. 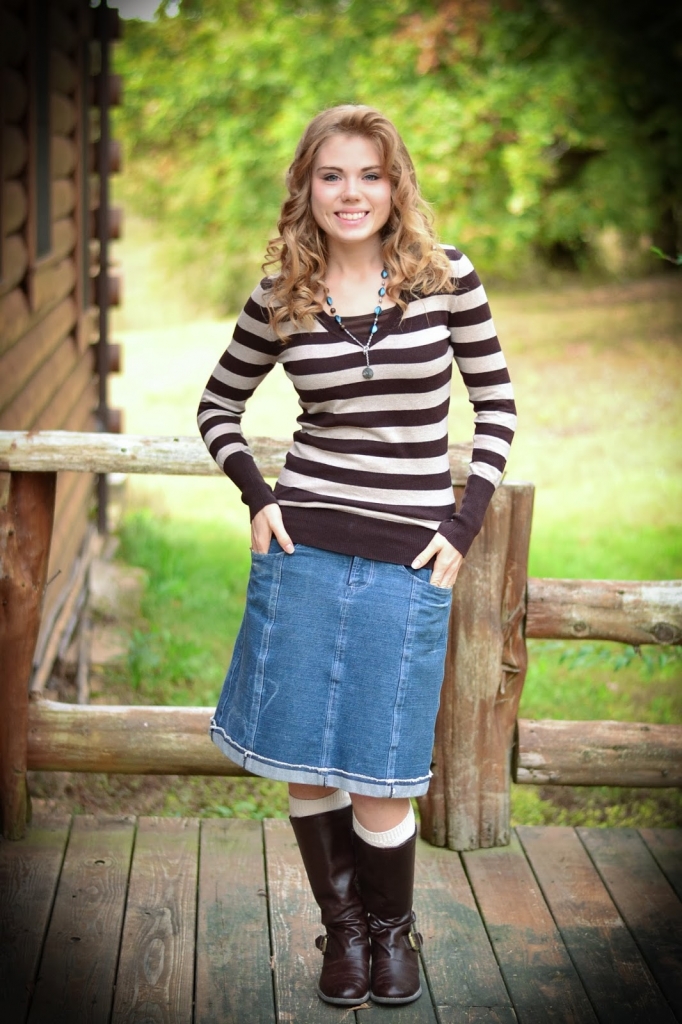 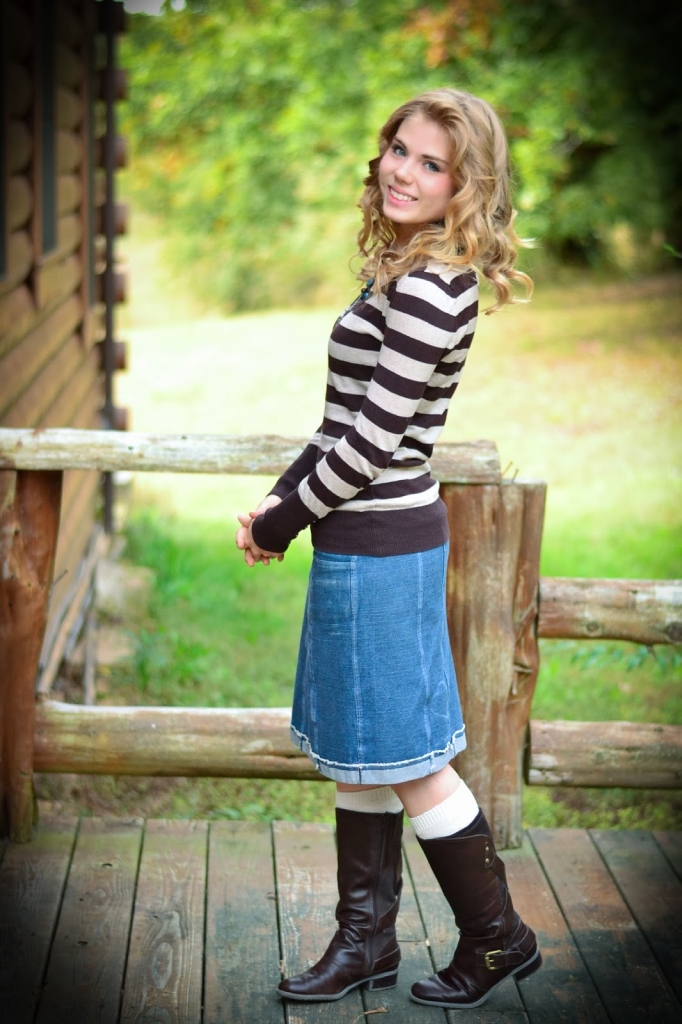 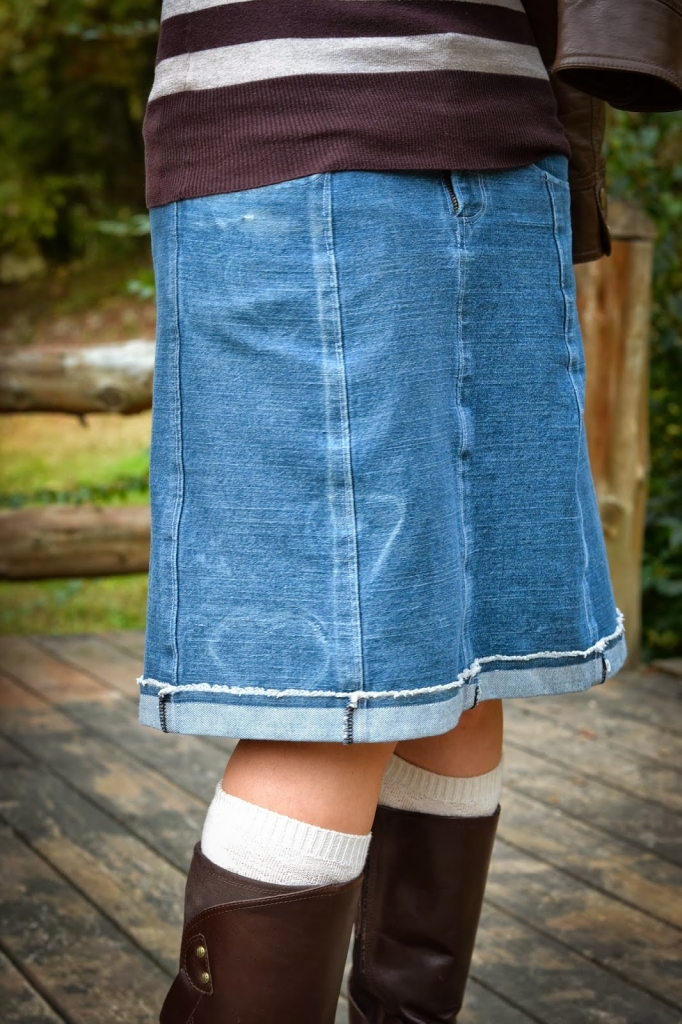 This skirt I made using my Destination Skirt eBook pattern. It’s the basic pattern, I just left out the front godets to give it a slimmer cut. I had fun distressing it with sandpaper, a knife, and heart-shaped cookie-cutters! It’s been my favorite skirt for many months now.
Sweater: Forever21: $12?
Tank: Forever21: $1.80
Skirt: Made by me: Buy the pattern at FreshModesty.com: Fabric $5
Boots: HushPuppies: $180
Leather Jacket not shown: Sears: $22
Socks: Sears? Borrowed from my mom
Necklace: Droplette (more jewelry here!) $7
Earrings: Target? $3
Hair curling technique: YouTube tutorial here, although I have now switched to a curling rod. 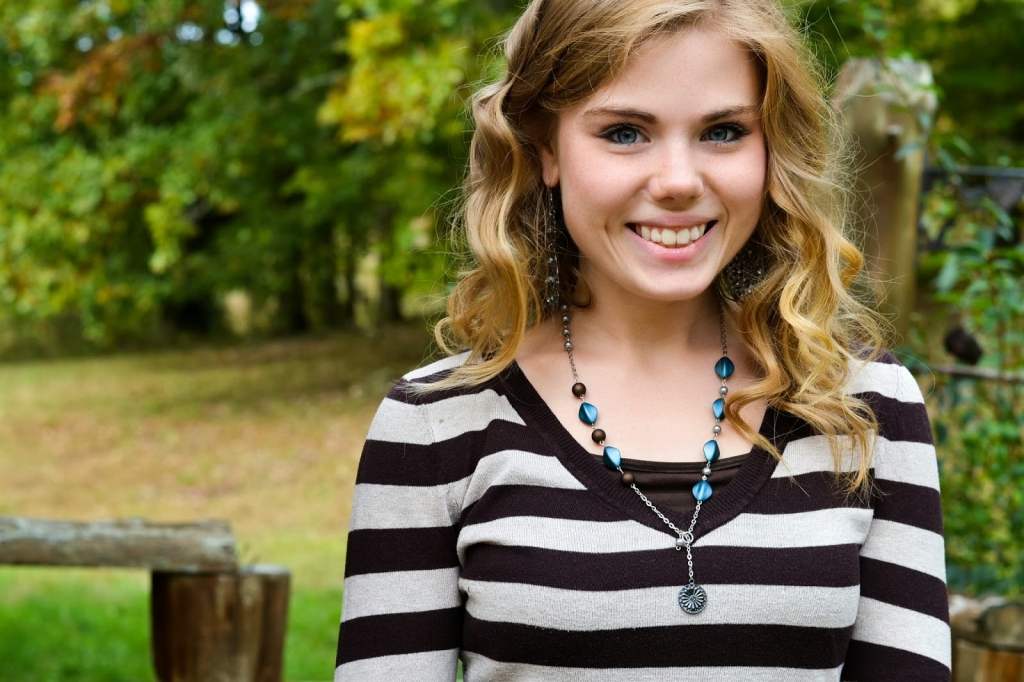 Hope y’all have had a great day! What’s been awkward or awesome about your week?