Hey y’all! I’m here wearing another tunic + jeans outfit! In the Tennessee wintertime when going out the door means instant mud on anything that can be swept in the wind or hit the side of the car, I wear jeans quite often because sometimes dealing with keeping my skirt clean and carrying all the packages or grocery bags is just not practical. And y’all know I’m alllll about practical. 😀 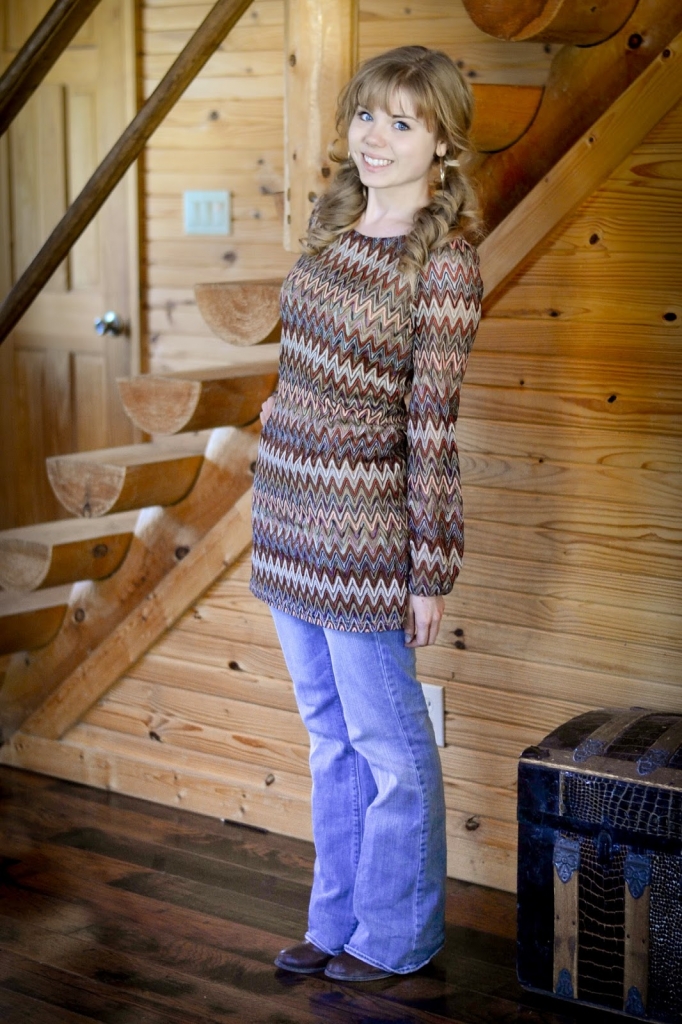 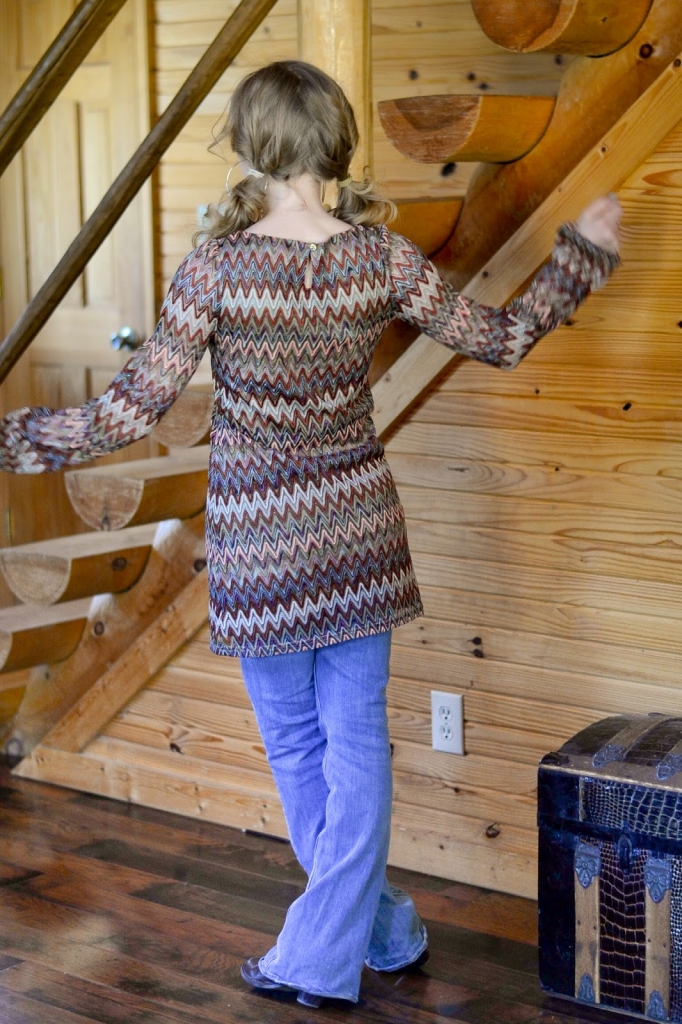 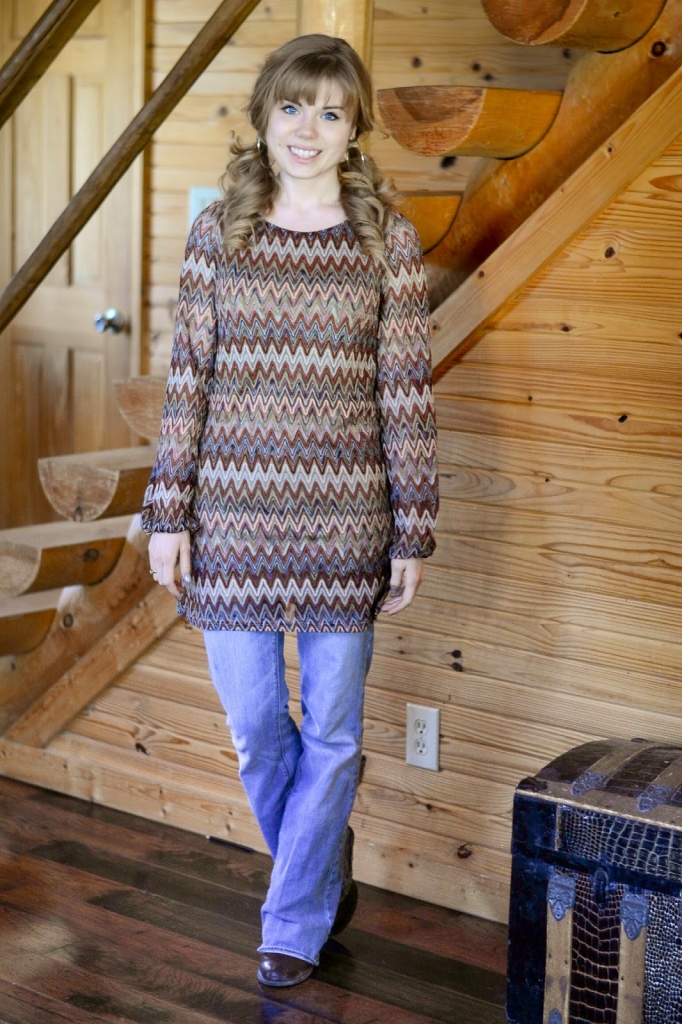 I looooove tunics. They make dressing modestly in jeans so simple. I’m always on the lookout for cute tunics because finding ones that don’t make your waist or hips look huge is kind of hard, so I was really excited when this one came in the mail and fit so well! And it doesn’t need a tanktop! I’ve been waiting and waiting for the perfect Aztec/ chevron print item to incorporate into my closet and this is it. I love the slight hippie style of this one while it’s still chic and super wearable. Looking at it now, though, I realize I should have worn a long necklace with it. Next time. 🙂 It was under the “dresses” section of the ThredUP website. 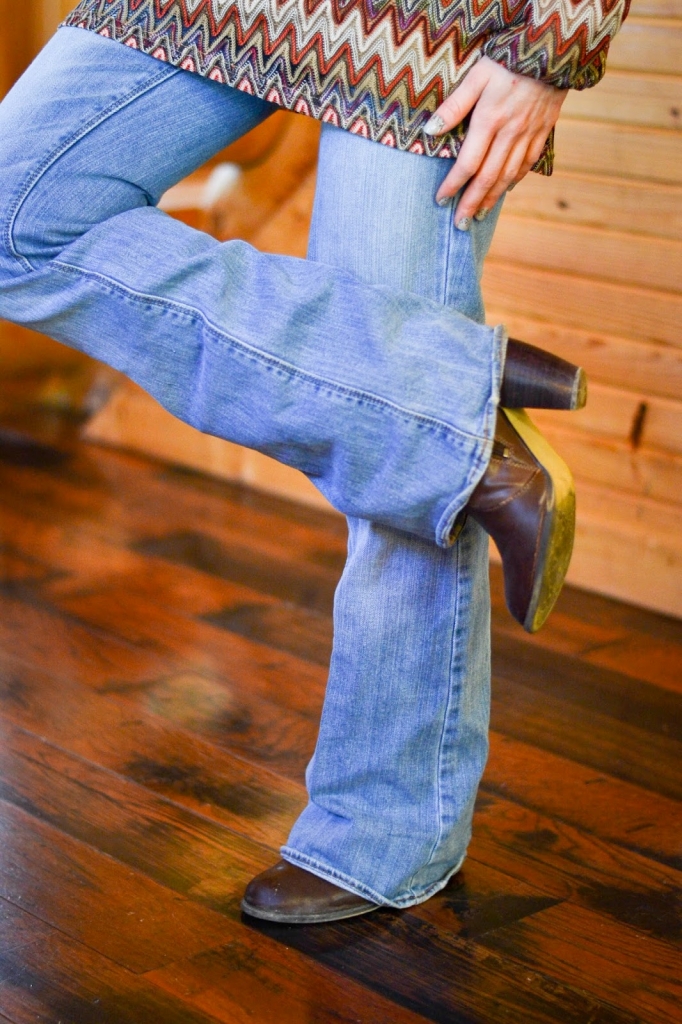 Yeah… I had to wear heels with the jeans when I went to run errands because they’re too long. 😛 Just makes me taller, right?

Do you wear jeans more often in the wintertime? What’s your favorite style of tunic? Do you have a favorite brand of jeans? What’s been awkward or awesome about your week?